In May of 2008, my family and I went out to a mall for dinner. This particular mall always had various ads on posters that rotated up and down in little “stations” throughout the building. We’d look at them, but wouldn’t really pay too much attention to them unless it was advertising a movie that we already knew and were excited about.

But on this particular evening, one of the posters drew my attention––– to the point where I stood in front of the station through countless rotations just so I could take it all in. I had to memorize it so I could remember every detail of it later. I had no idea how long the mall would keep the poster in the rotation, and did not want to risk it disappearing and forgetting about it.

This is what I saw: 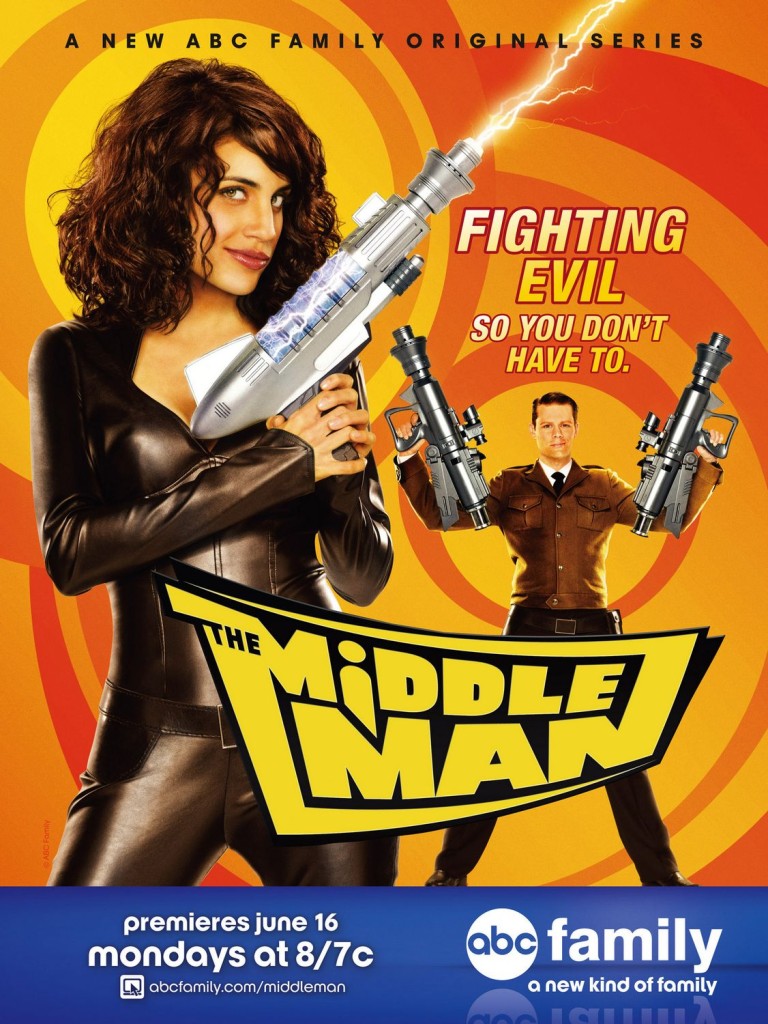 This should go without saying, but I’ll say it anyway: this stood out.

Where do I even begin? This immediately struck me as a show that would be right up my own quirky alley. I don’t think I can emphasize enough just how wonderful a discovery this was for me. Up until that point in my life, with exceptions so few I could count them on one hand, I had never been invested in a current television show to the extent that I would actually look forward to and make it a point to watch new episodes when they premiered. In other words, this––– a modern, live action TV show that interested me and that I would be able to follow throughout the summer––– was an extremely rare occurrence: one that I could not afford to pass up.

As I mentally analyzed the poster, it looked like a fun, tongue-in-cheek show that would be full of action and comedy.

I couldn’t have been more right, nor happier that I was right. The Middleman is all of that, and so much more.

As soon as the premiere of The Middleman was only two weeks away––– though it felt like an eternity––– meaning that it was near enough in the future to set to record, and I did just that, I knew I was locked in. There was no way I was going to forget to watch it now! For the next two weeks, I anxiously awaited the premiere. To tide myself over, I made frequent visits to the Middleman section of ABC Family’s website, where I found previews like these:

After seeing all of this (and more), how could I not watch?

It’s a good thing I recorded the pilot (titled, appropriately enough, “The Pilot Episode Sanction”): I ended up having to watch it a day later. Twice. The rapid-fire humor caught me completely off guard, and I ended up laughing so hard during my initial viewing that I probably missed at least half of the show’s wonderful humor. I shared it with my mother, father, and brother separately so I could watch it over and over again.

Be prepared: The Middleman hits the ground running. We drop in on Wendy Watson working as a temp at a laboratory, answering the phone with the spiel, “Thank you for calling A.N.D Laboratories, re-scrambling your DNA, how may I direct your call?” (If you didn’t get it, read that again.) Here’s another tip for first-time Middleman viewers: keep an eye on the background. Something just might happen.

To say, “I was hooked,” would be an understatement of the very highest caliber. I was instantly sucked into the world of the eponymous Middleman (Matt Keeslar), his new partner, Wendy Watson (Natalie Morales), and the snarky alien android with attitude, Ida (Mary Pat Gleason), who together saved the world from “threats infra-, extra-, and juxtaterrestrial” on a regular basis, using all manner of “weapons and gadgets and things” sent to Middleman HQ from O2STK (Organization Too Secret To Know). The show also depicted Wendy’s personal life, which included friends such as her roommate, the “young, photogenic artist” and social activist Lacey Thornfield (Brit Morgan), and the multitalented (though we never see said talents in action) Noser (Jake Smollett), who speaks in song lyrics.

I spent many more hours exploring the Middleman site. I watched the “Javi-casts” that the creator and executive producer, Javier Grillo-Marxuach, released each week to answer fan questions and tease future episodes. I also loved watching the videos of the table reads that were uploaded to the site. I checked “The Middleblog” (TheMiddleblog.livejournal.com), written by Mr. Grillo-Marxuach, every day. (Now, I also follow his blog at OKBJGM.tumblr.com.) When I found out this new show I was so captivated by was based on a series of comic books (written, unsurprisingly, by Mr. Grillo-Marxuach, and illustrated by Les McClaine), I wasted no time in ordering them and reading them literally from cover to cover. (Incidentally, these were actually my very first comic books: and what a great way to start!) 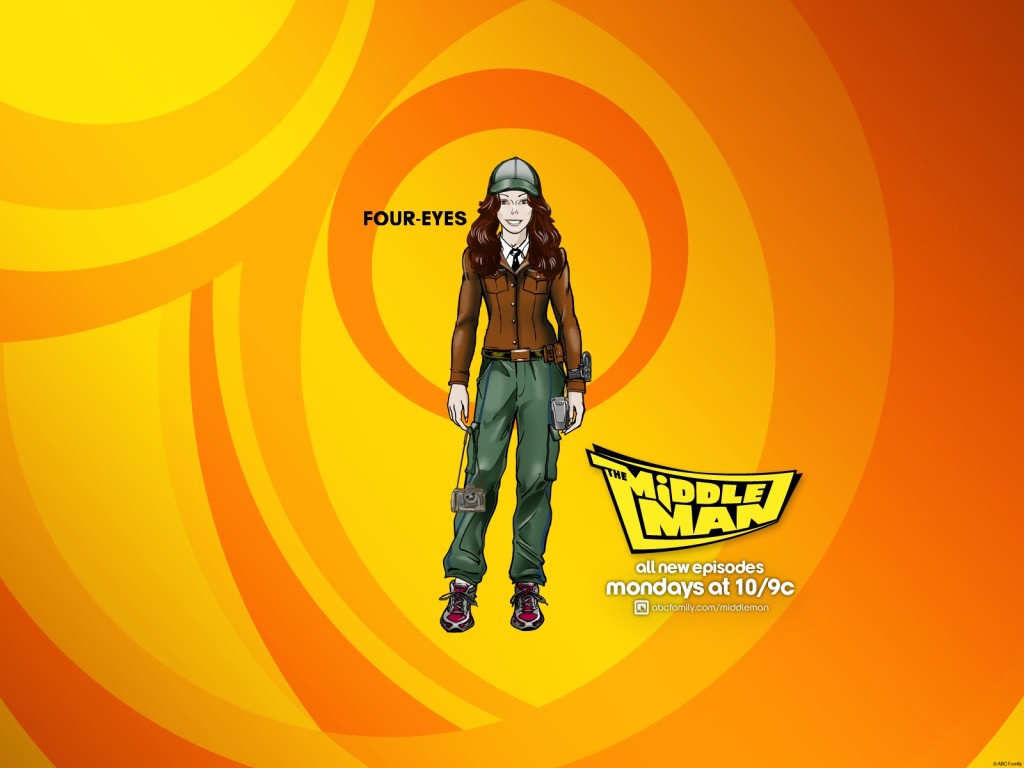 A product of my time on ABC Family’s website.

(The above picture is a result of a game on the website. You could create your own “Middleperson,” take a quiz that gave you a nickname––– you can see what mine was––– and save the resulting picture. I spent a lot of time in this game.)

If you haven’t seen The Middleman, you need to. I’m serious: go find these episodes (preferably legally). It’s clever, funny, and is clearly “made by geeks, for geeks.” Plus, every episode is overflowing with references to films, TV shows, comic books, and so much more! (If you want an extra challenge, try to find the “Wilhelm Scream” hidden in every episode!)

Basically, The Middleman is what would happen if Ghostbusters, Men in Black, and Get Smart got together and had an awesome party.

If you want to go watch it right now, I’ll even wait here until you get back.

No really: I will. Go ahead.

… Well, I guess this is as good a time as any to break before Part 2. Come back soon to find out more about The Middleman, including what the Middle-organization is up to today (Here’s a hint: go here!), and for an anecdote about how a wonderful coincidence led to my attending a convention and meeting Javier Grillo-Marxuach and the cast of The Middleman!

In the meantime, here’s another piece of useful information…