For those of you affected by the “polar vortex” that much of the country is experiencing right now, I hope you’re staying warm and safe!

While thinking about possible themes for this week’s jam session, I realized that we’re only a couple of weeks away from Valentine’s Day. Now don’t worry: our annual jam session to unconventional and hilarious love songs is coming up!

So grab a buddy (or just keep him or her in mind), as we jam to…

END_OF_DOCUMENT_TOKEN_TO_BE_REPLACED

Various life events apparently conspired to make it so that Jammin’ with Jamie was unable to “jam” last week. I apologize for that.

But in light of this, I made sure that this week’s theme would be so much fun, it’ll more than make up for our unexpected one-week hiatus!

People across Chicago and many other areas of the United States are currently bundling up to face the cold weather––– and, I hope, in many cases, enjoy it. As we do so, the often-parodied “ice breaker” question (pun intended), has taken on new significance, as we all turn to the bundled-up stranger next to us and ask…

END_OF_DOCUMENT_TOKEN_TO_BE_REPLACED

Jammin’ with Jamie is back! I hope you all had a wonderful holiday season, and that your new year is off to a great start!

A lot’s happened over the past few weeks. I saw Wicked again, saw some amazing movies, and I’ve been writing a lot. Plus, I saw “Sventa Claus” (Svengoolie) (Svengoolie.com) at Alternate Reality Comics in Chicago on December 14! What does “Sventa” look like? Here’s a picture: 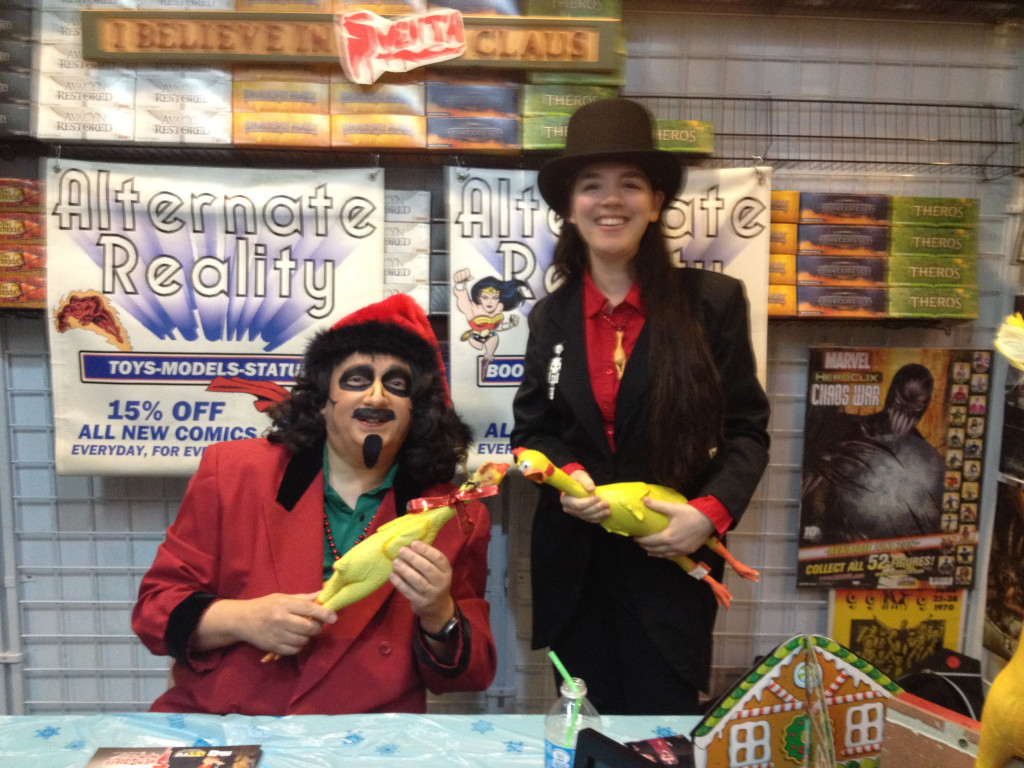 To celebrate the new year, as well as acknowledge the fact that, given our timeslot, most people are actually waking up to a new day as they jam with us, this week jam session’s theme is…

END_OF_DOCUMENT_TOKEN_TO_BE_REPLACED

This is the first of what I hope to make a series of posts in which I write down and share my thoughts on various films. Some will be new releases you can experience in theaters, while others will be films you can check out on DVD. No matter which film I’m writing about, I will always take great care in regard to spoilers: if I feel compelled to write about one or more spoilers, I will mark them very clearly so you can choose to skip them and come back to read them later. (You’re welcome.)

I’m starting this series because I saw a film entitled, Frozen, and felt so strongly about it that I wanted to share it and my thoughts on it with anyone and everyone I could. This is why these posts are not intended to be “reviews” or summaries, as well as why I will neither be going out to see every single new release so I can post about it here, nor writing about every movie I do end up seeing. None of those prospects is why I started this series.

When the credits began rolling on Frozen when I saw it for the very first time, I had an overwhelming feeling (one of many, actually) that I just couldn’t shake, and didn’t want to, anyway: I have to tell everyone I can about this film. That feeling inspired not only this post, but this entire new series of posts, and I want to stay true to it. 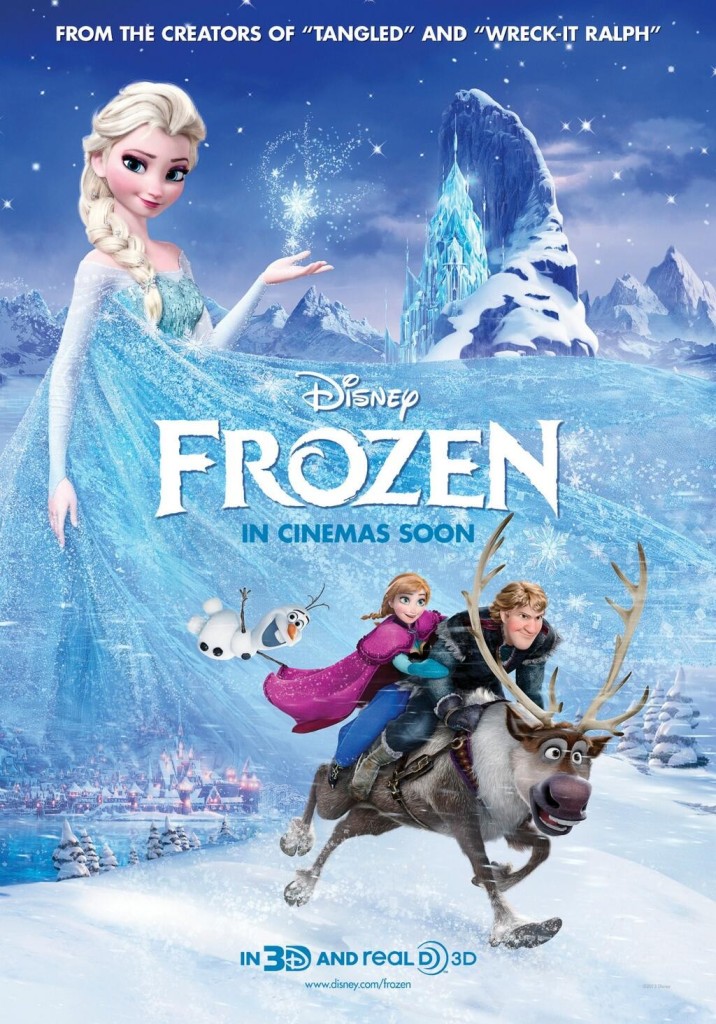 Now that we have that out of the way, let’s get to our inaugural “Thoughts On” post! The film: Frozen, from Walt Disney Animation Studios, originally released on Wednesday, November 27, 2013: Thanksgiving weekend. (You can check out Frozen‘s very “cool”––– pun intended––– official website here!) To start off, let’s get one thing straight…