I’ve realized that I really should start putting pictures before the break, so here’s a picture from the Volo Auto Museum (VoloCars.com) on Saturday, October 5. 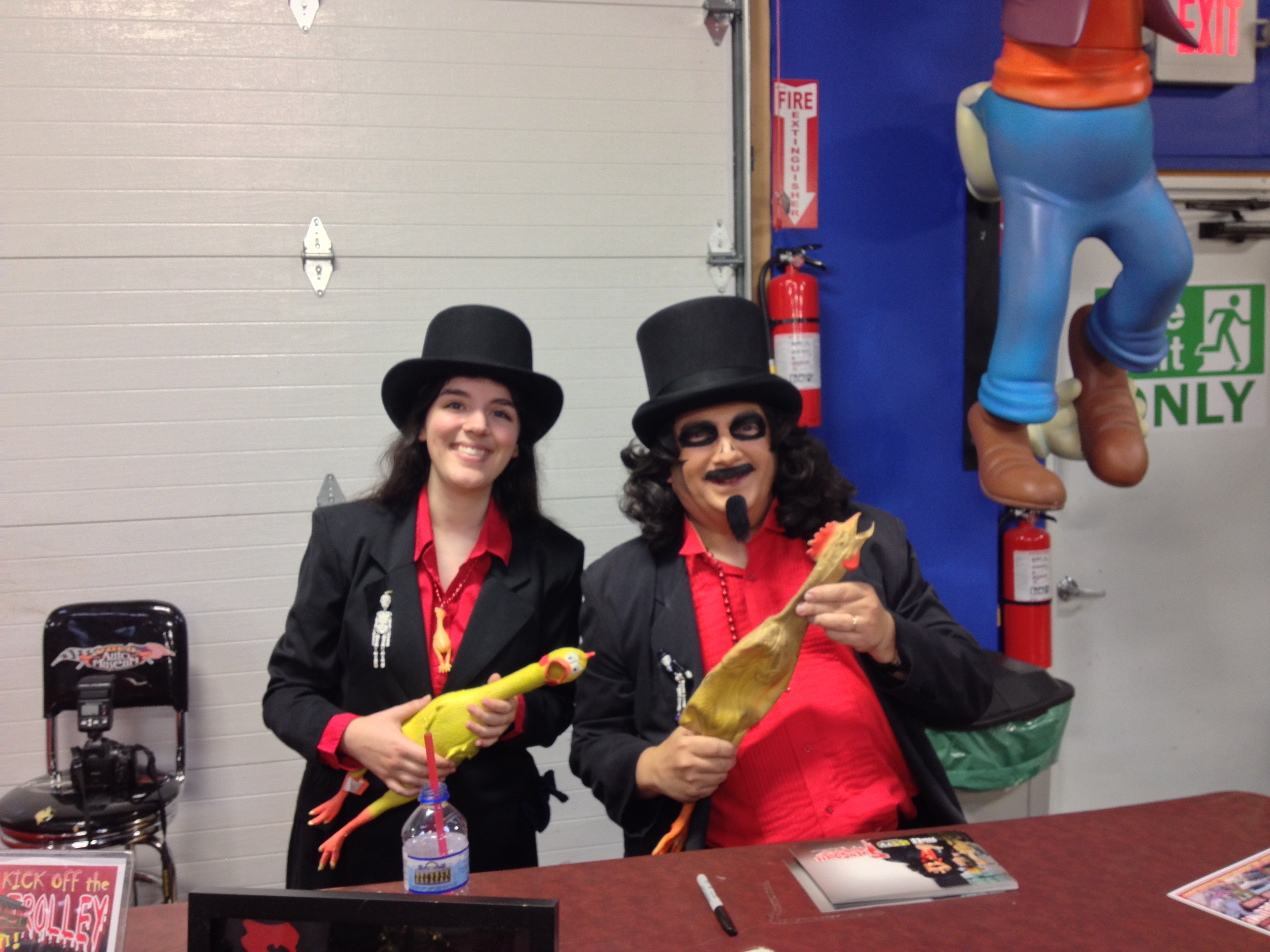 Yes, I met Svengoolie again! (And I dressed up for the occasion, too!)

Now that that picture put Halloween on your mind (I hope)…

Last week’s jam session got us into the Halloween spirit (pun intended) by reminding us of the many treats from both the big and small screen that we’re more likely to pull out and enjoy this time of year. So, where do we go next?

Well, as I promised last week, we’re still jammin’ to Halloween music, and with a brand new “sub-theme”!

Films, television shows, and other works in the horror genre can and do frequently cross over with other genres. When this happens, two common genres in such a crossover are fantasy and science fiction. (Yes, I know that there are others, but I had to give our jam session some focus!)

In this week’s jam session, these worlds will collide! Witches will cast a spell and aliens will invade the studio to bring us…

As disparate and incompatible as these two genres may appear to be, occasionally, they cross over with each other––– such as in this week’s jam session!

Just to give all of you fair warning, there will be certain fantasy and science fiction creatures that rear their heads in the horror genre that won’t show up in this week’s jam session. This is because I’m saving them for a future jam session, so make sure you keep jammin’ with us!

So far, this week’s “Magical Melodies and Sci-Fi Songs” come courtesy of artists such as Sheb Wooley, The Searchers, and David Seville. Certain selections come from films such as Dr. Horrible’s Sing-Along Blog (2008), and we’ll also be jammin’ to theme songs from television shows in the fantasy science fiction genres. Which ones? You’ll have to jam with us to find out! As always, of course, that’s just a small portion of what’s in store for you when we jam together again this Saturday!