It turns out I misread WNUR’s schedule, so we actually have one more Halloween-themed jam session to squeeze into the spooky season!

On October 10, Rich Koz (a.k.a. “Svengoolie”) was honored for his thirty-five years as Svengoolie (formerly “Son of Svengoolie”) at the Museum of Broadcast Communications (Museum.tv) in Chicago. It was an amazing event, and I highly encourage all of you to go to the MBC and check out all of the great exhibits they have there––– including, of course, the brand new Svengoolie exhibit that was unveiled that night! The exhibit includes his original coffin that was also used by Jerry G. Bishop, the original Svengoolie. 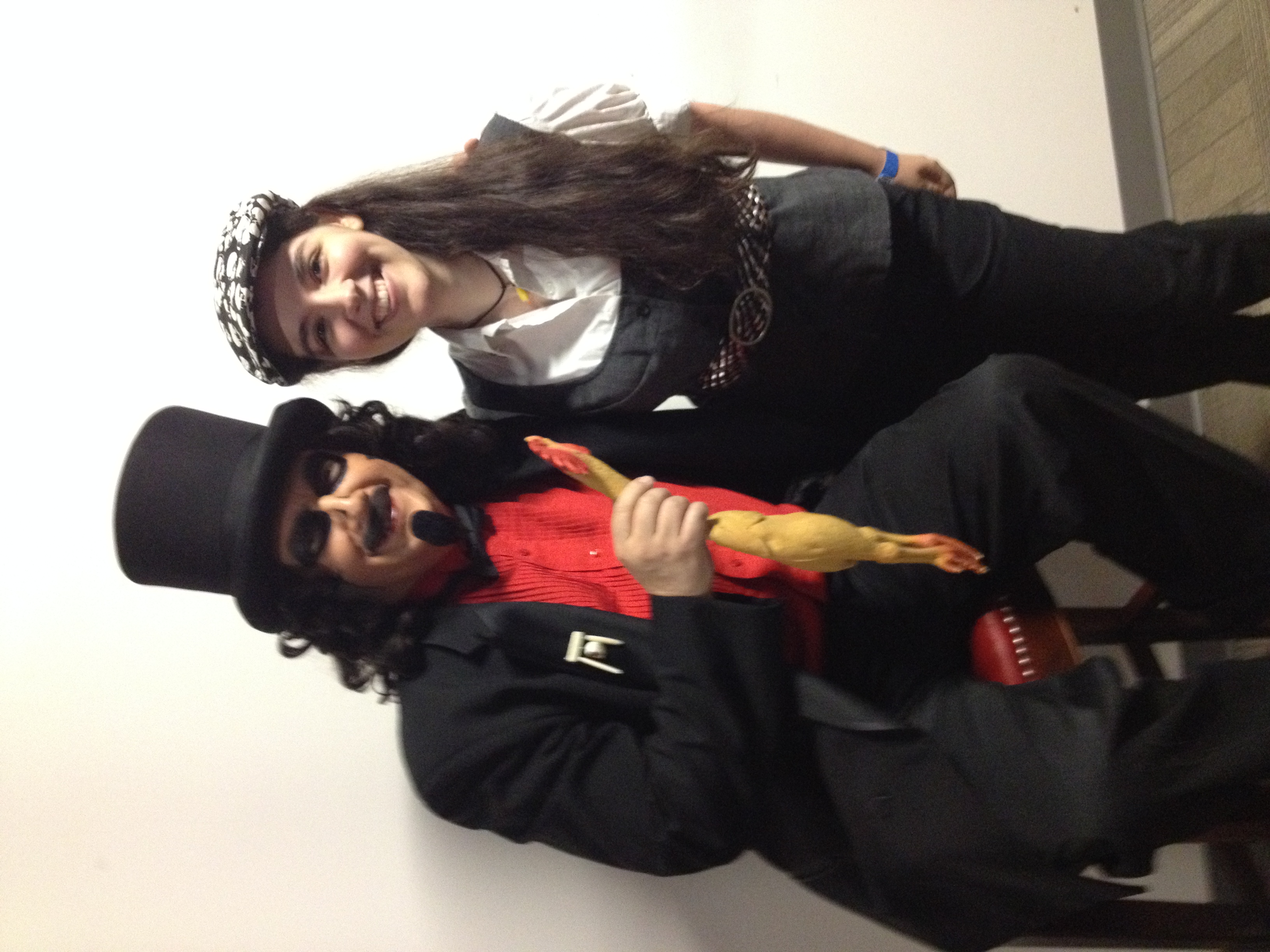 Mr. Goolie himself (and me) at the MBC! It’s always great to see you, Sven!

Also, October 31, 2014 has been declared “Svengoolie/Rich Koz” day in both the city of Chicago and the state of Illinois in his honor. Congratulations, Rich Koz! You certainly deserve it!

Of course, in case anyone hasn’t heard yet, the Queen of Halloween herself, Elvira, Mistress of the Dark, is hosting a brand new series on Hulu (Hulu.com), entitled, 13 Nights of Elvira, that I also highly recommend!

So, with all this news about horror movie hosts, what else can we do this week but jam to some…

In this week’s jam session, we’ll be jammin’ to songs from horror movie hosts, as well as a slew of spooky songs that simply haven’t made it into one of our Halloween-themed jam sessions yet!

So far, the tunes we’ll be jammin’ to this week come courtesy of horror hosts such as Svengoolie, Elvira, Mistress of the Dark, and Mr. Lobo, as well as artists such as Bette Midler, Louis Armstrong, and The Hex Girls (yes, the ones from the Scooby-Doo series!). Certain selections also come from films such as Hocus Pocus (1993), Corpse Bride (2005), and the TV special Boo to You Too! Winnie the Pooh (1996)!